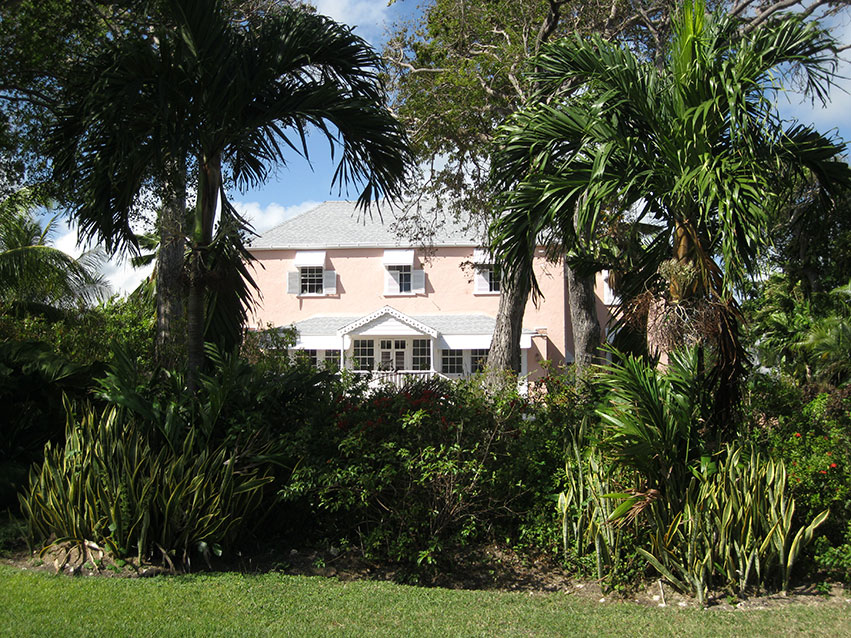 GOLDEN GROVE AND ITS LOCATION THROUGH THE AGES

Barbados is a cluster of coral rocks set on the far east of the Caribbean, bordered by the vast Atlantic Ocean. From Golden Grove you can glimpse the lighthouse marking the easterly point of Barbados.

The story of who came here, and why, is told in the following pages, unfolding the “history within a house”.

We start with Geology and the supporting rock itself- the “Golden Grove Terrace”- which has been scientifically dated.

Human “Pre-history” follows. The earliest known inhabitants of Barbados- Amerindians- have been discovered to have lived in the vicinity of Golden Grove- attracted by the water of the Three Houses spring and stream.

Recorded history follows British colonial settlement. The story of the area around Golden Grove unfolds very quickly after first arrivals on the island.

Glimpses of plantation life, slavery and insurrection emerge from historical fragments relating directly to Golden Grove and its neighbours, including a pivotal moment for the island of the slave insurrection in 1816.

Our focus then turns to the life of a noted Barbadian, Florence Daysh, who was born at Golden Grove in 1908. Her life provides a fascinating catalogue of a country in transition.

The Great House today is structurally very similar to when she was born so that a visit to Golden Grove echoes the gentility of that era.

Despite the end of sugar in the plantation lands of Golden Grove, the character of the house and gardens remain, albeit in a new way, supplemented by a sense of beauty from a collection of contemporary Barbadian artwork.